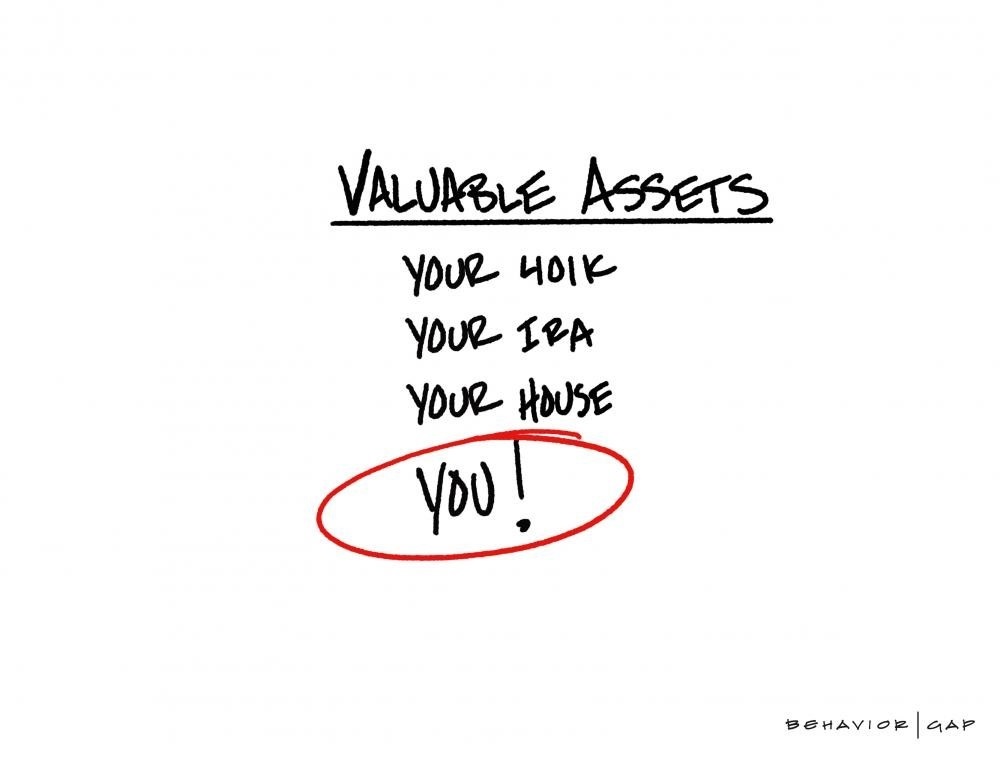 The Investment Called YOU!

Carl Richards, a colleague of mine who writes for the New York Times known as the sketch guy with Behavior Gap wrote this piece that focuses on YOU!  At Integra Shield Financial Group our focus is always on you.  Our goal is to help you get the best return on your life with the money and resources you have.  Carl's writing and our belief is the most important resource you have is YOU!.  At Integra Shield Financial Group we refer to it as "People before Numbers".  Enjoy Carl's writing.  We thank him for allowing us to share it with you and then call us at 763-201-1390 to learn how our focus on you can help you manage your money and resources in a way that improves your life.

Years ago, I conducted a fairly large-scale research project.  We interviewed a bunch of high-income, service based professionals.  People like dentists, physicians, or attorneys.  This group tended to earn a lot of money, and like most of us they only earned it when they were working.  In essence, they traded their time for dollars.

As we interviewed more and more people, we discovered something that may seem obvious.  The most valuable asset they owned was the person staring back at them in the mirror each morning.  In other words: the investment called YOU!

A more technical way to think about it is that the most valuable asset you own is the present value of your future earnings.  But here's the rub:  Despite what your spouse or others may tell you, the investment called you is getting less valuable with every year that passes.

It's nothing personal.  I'm sure you're great.  But this is simple math. Every year that goes by means you have one less year to earn money.  If I were to sketch this for you, it would look like this: 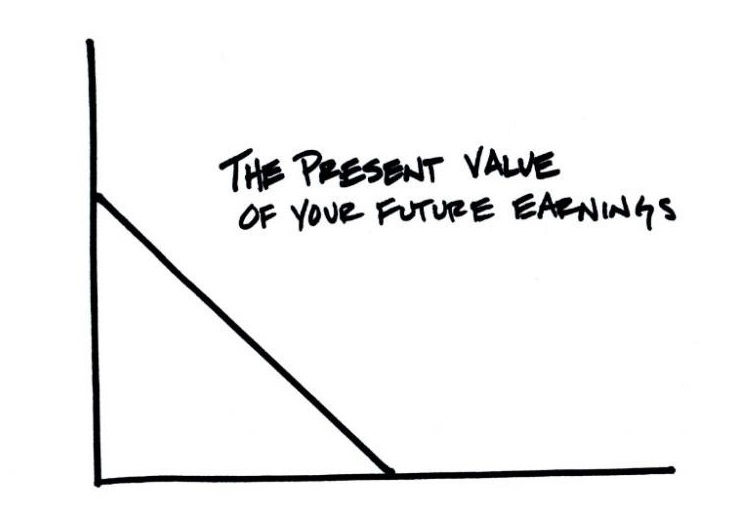 Despite the fact that you are your most valuable asset, very little is written or discussed about making the most of that investment.  Instead the traditional financial services industry focuses on getting you to take as much money as you can and put it into mutual funds, stocks, hedge funds, etc.  That's all fine and good.  But far more needs to be said about this subject.

Here are three ways you can think about this: 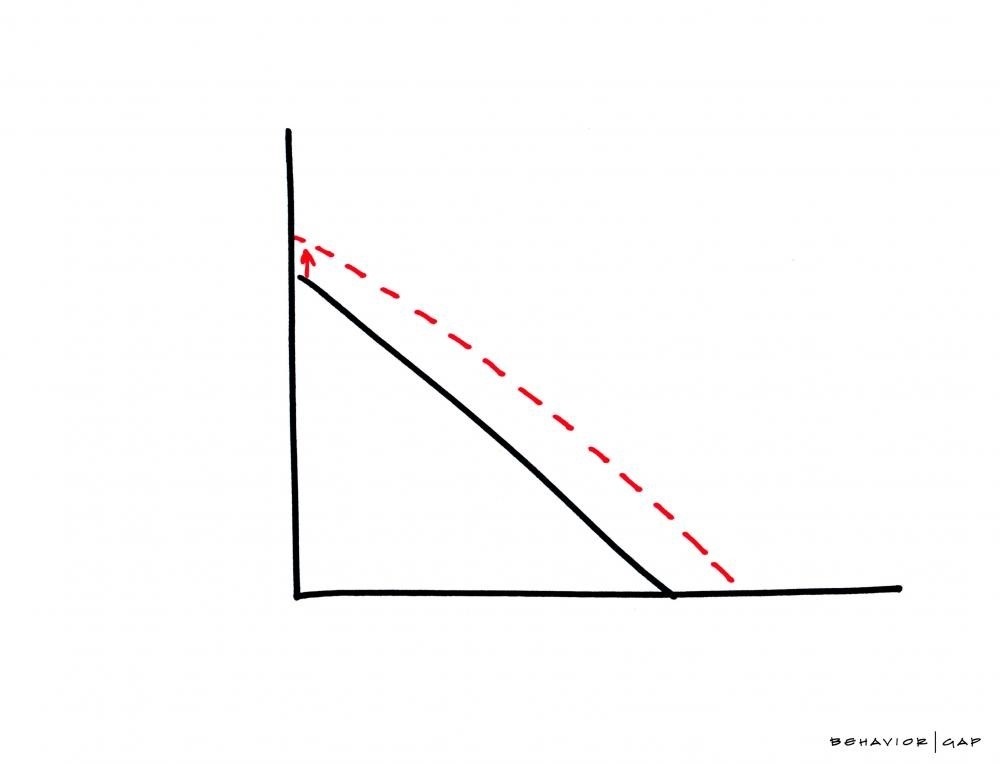 Make your starting salary as high as possible.  Remember that friend from high school who had a great summer job?  At the time, he made what seemed like a lot of money.  Everyone was jealous.  Then when you headed to college in the fall, your friend's summer job turned into a full-time job.  Why would he quite making money to go to college?  But you put in the time and graduated a few years later.

Now your friend is a supervisor at his work, but you're a doctor.  By investing in education and training, you bumped up your starting point and increased your initial value.  Ok, you may not want to be a doctor.  But you get the idea.  In the beginning, don't let short-term rewards get in the way of increasing your-long term value. 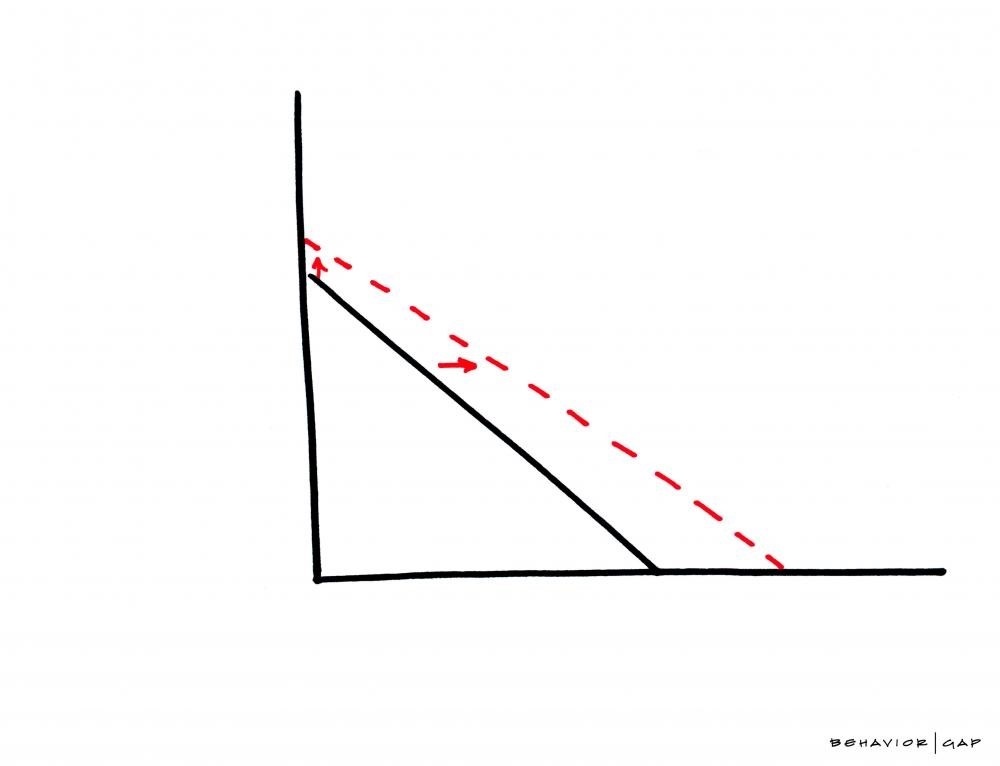 Make more money each year.  Yes, I know this is obvious.  But rather than being satisfied with just the annual cost-of-living adjustment, look for ways to increase your value where you work.  Pick up new skills.  Sign up for extra classes.  Take projects that no one else wants.  Don't settle for doing just enough.  To borrow a phrase from Cal Newport, make yourself so valuable they can't ignore you.

Don't underestimate the value of a side gig.  Is there some way you could re-purpose ten hours of free time a month into $1,000 of consulting?  Can you figure out a way to get paid for what you would do with your spare time anyway?  What happens if you start earning enough to cover your mortgage?  What if you build a business that earns more than your 9-to-5 job? 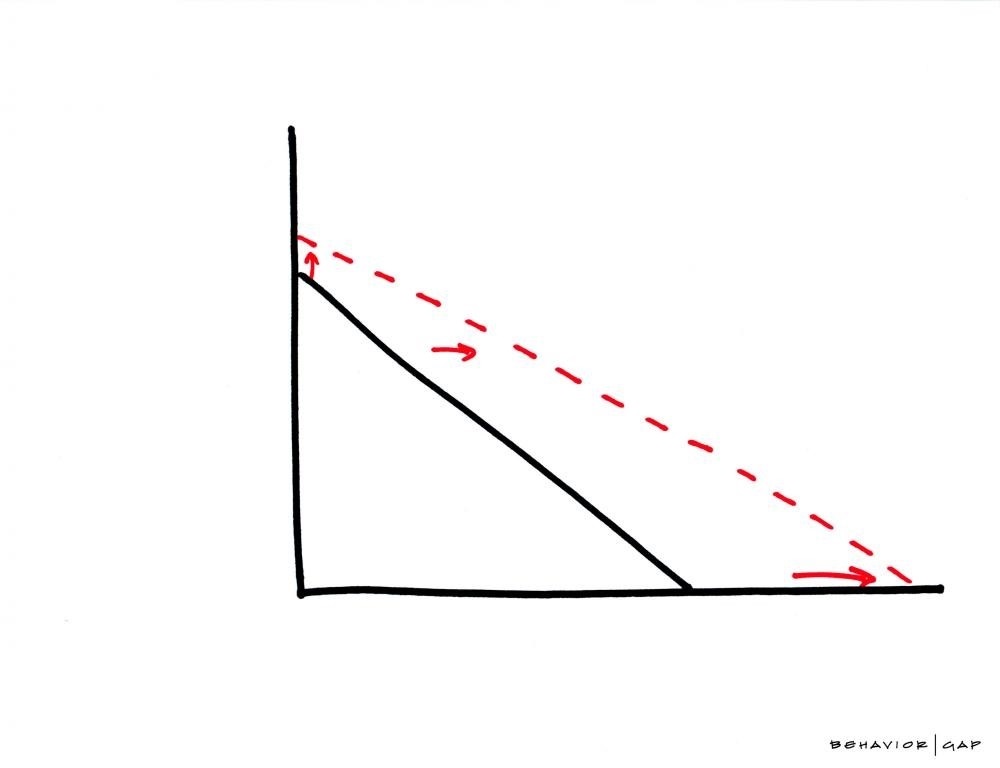 Make your working window longer.  Look, I know most of us really like the idea of retiring, but it's a myth.  These days, most people don't simply work their guts out until 60 and then suddenly pull that plug and put on the golf shoes.  People are living longer, and you might be facing a very boring 20 or 25 years without work.

You can only golf so much!

Most retirees find they still want to be doing something.  So plan on it.  But think of it as an opportunity to do something you love.  Maybe you've always wanted to be a teacher, or perhaps you'd really love to become a guide at your local botanical garden.  Whatever the work, it lengthens your overall line.

Of course, you may love the job you're doing now, but your company has a set retirement age.  Could your value be so great that they might consider working with you as a consultant for a few more years?  Adding a little more time at the end will give your line another upward bump.

These are just a few of the ways we can invest in ourselves.  And by now, you've probably thought of a dozen things you can do.  If you're willing to share, I'd love to hear your ideas.  Just click  mike@integrashieldfinancial.com and start typing.

We're here to help and look forward
to speaking with you.

Get Financial News & Updates Delivered to Your Inbox